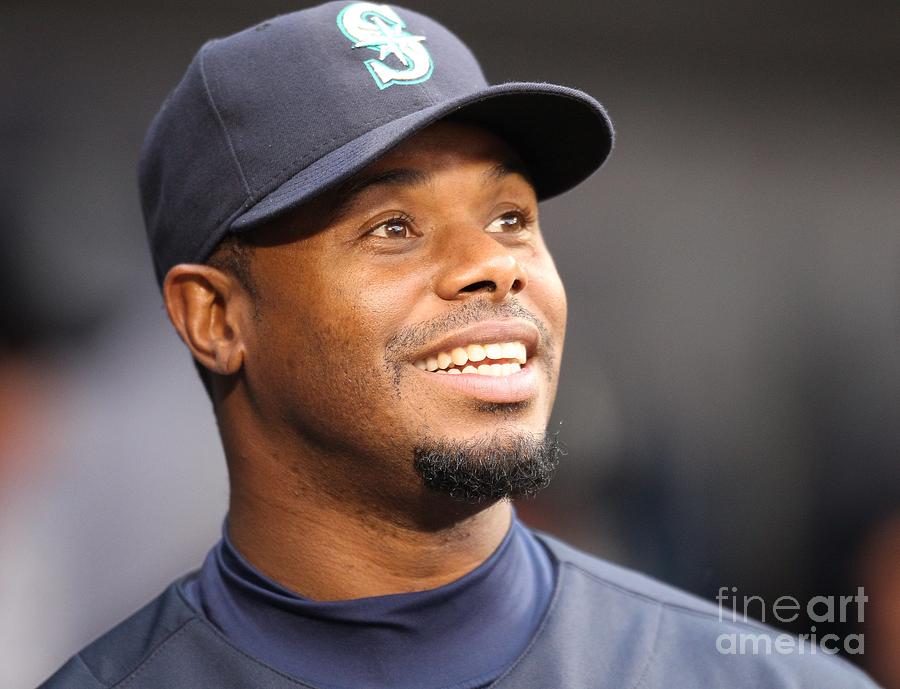 SEATTLE - APRIL 30: (FILE PHOTO) Ken Griffey Jr. #24 of the Seattle Mariners smiles in the dugout prior to the game against the Texas Rangers at Safeco Field on April 30, 2010 in Seattle, Washington. The team announced the retirement of Ken Griffey Jr. prior to the game against the Minnesota Twins at Safeco Field on June 2, 2010 in Seattle, Washington. (Photo by Otto Greule Jr/Getty Images)