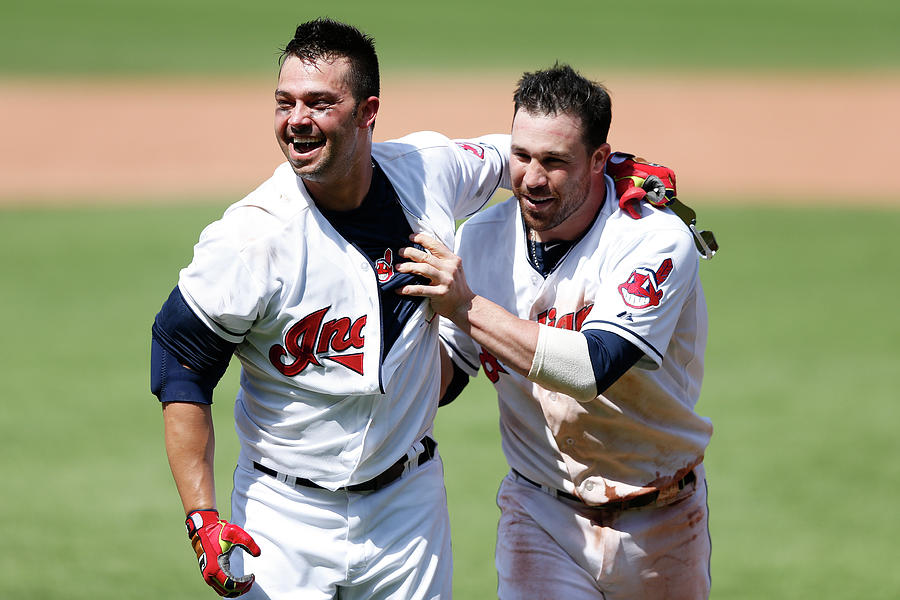 CLEVELAND, OH - JUNE 19: Nick Swisher #33 of the Cleveland Indians celebrates with Jason Kipnis #22 after his walk off grand slam in the tenth inning of the game against the Los Angeles Angels of Anaheim at Progressive Field on June 19, 2014 in Cleveland, Ohio. The Indians won 5-3. (Photo by Joe Robbins/Getty Images)