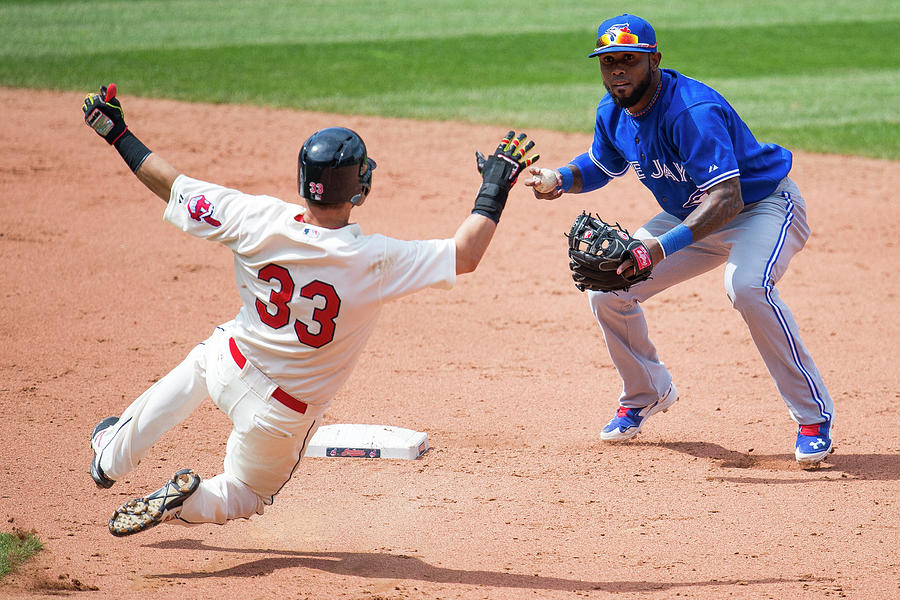 CLEVELAND, OH - APRIL 20: Nick Swisher #33 is out at second off a ground ball hit by Jason Kipnis #22 of the Cleveland Indians as shortstop Jose Reyes #7 of the Toronto Blue Jays does not make the throw to first during the sixth inning at Progressive Field on April 20, 2014 in Cleveland, Ohio. The Indians defeated the Blue Jays 6-4. (Photo by Jason Miller/Getty Images)