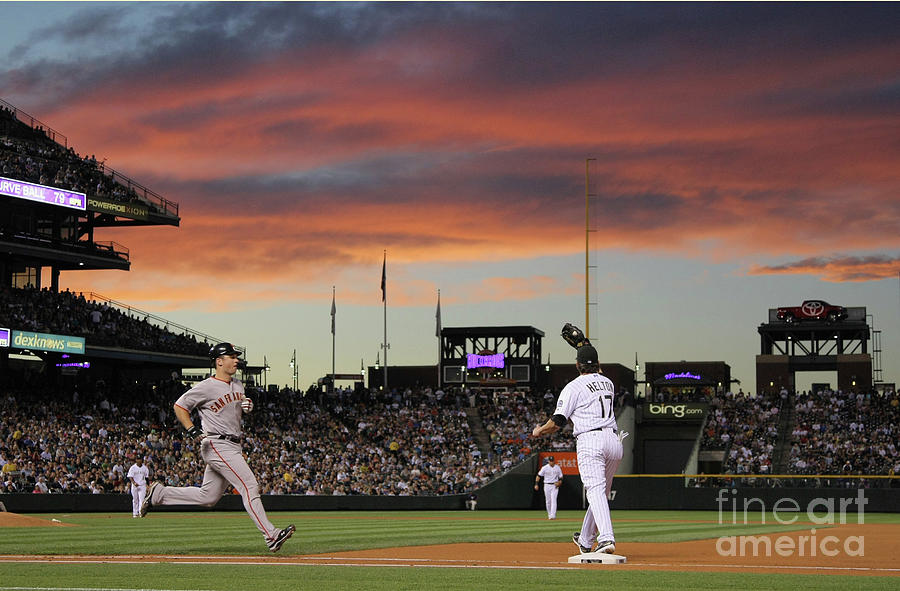 DENVER - SEPTEMBER 24: First baseman Todd Helton #17 of the Colorado Rockies gets the put out on Buster Posey of the San Francisco Giants as he grounds out as the sun sets in the fourth inning at Coors Field on September 24, 2010 in Denver, Colorado. The Giants defeated the Rockies 2-1. (Photo by Doug Pensinger/Getty Images)