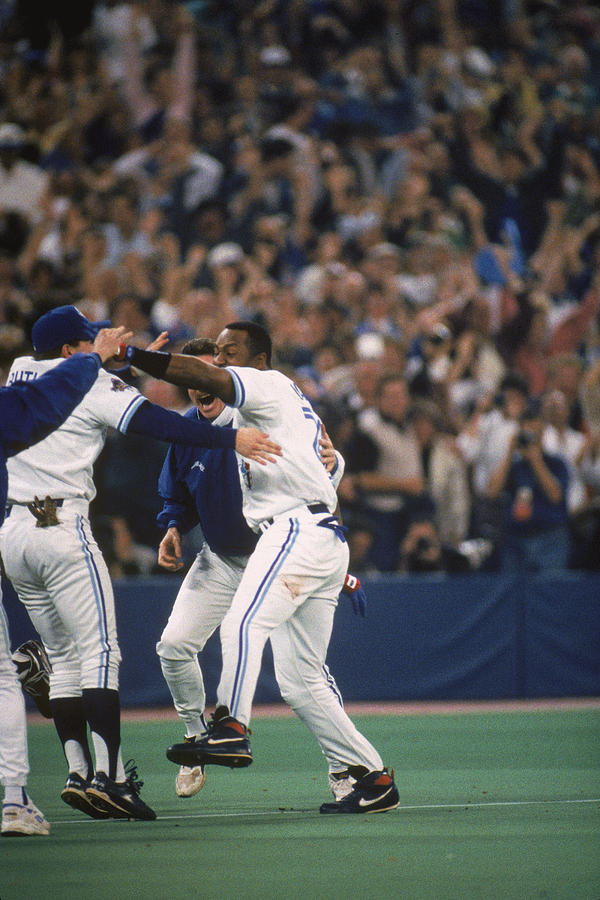 TORONTO,CANADA - OCTOBER 23: Joe Carter #29 of the Toronto Blue Jays celebrates on the field after making the winning hit during game six of the 1993 World Series against the Philadelphia Phillies at the Skydome on October 23,1993 in Toronto, Canada. The Blue Jays won 8-6. (Photo by MLB Photos via Getty Images)