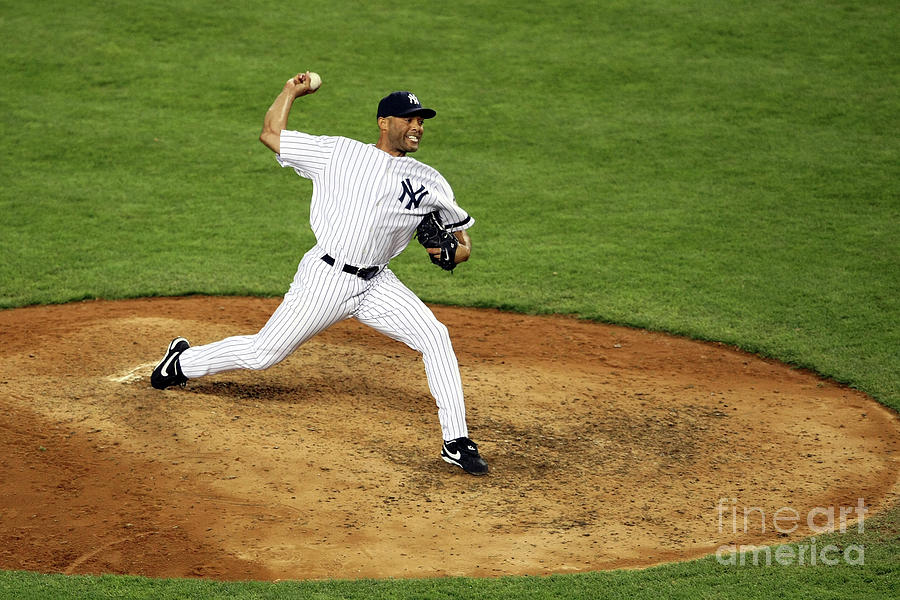 NEW YORK - SEPTEMBER 21: Mariano Rivera #42 of the New York Yankees pitches in the ninth inning against the Baltimore Orioles Yankee Stadium during the last regular season game on September 21, 2008 in the Bronx borough of New York City. The Yankees are playing their final season in the 85 year old ball park and plan on moving into the new Yankee Stadium across the street to start the 09 season. (Photo by Nick Laham/Getty Images)