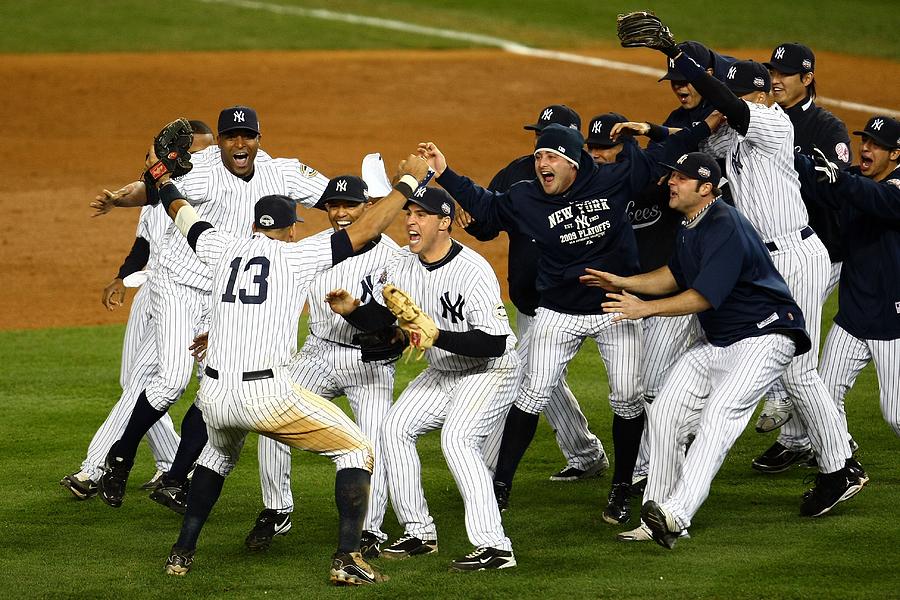 NEW YORK - NOVEMBER 04: Mariano Rivera #42 and Mark Teixeira #25 of the New York Yankees run towards Alex Rodriguez #13 and his teammates as they celebrate after their 7-3 win against the Philadelphia Phillies in Game Six of the 2009 MLB World Series at Yankee Stadium on November 4, 2009 in the Bronx borough of New York City. (Photo by Chris McGrath/Getty Images)