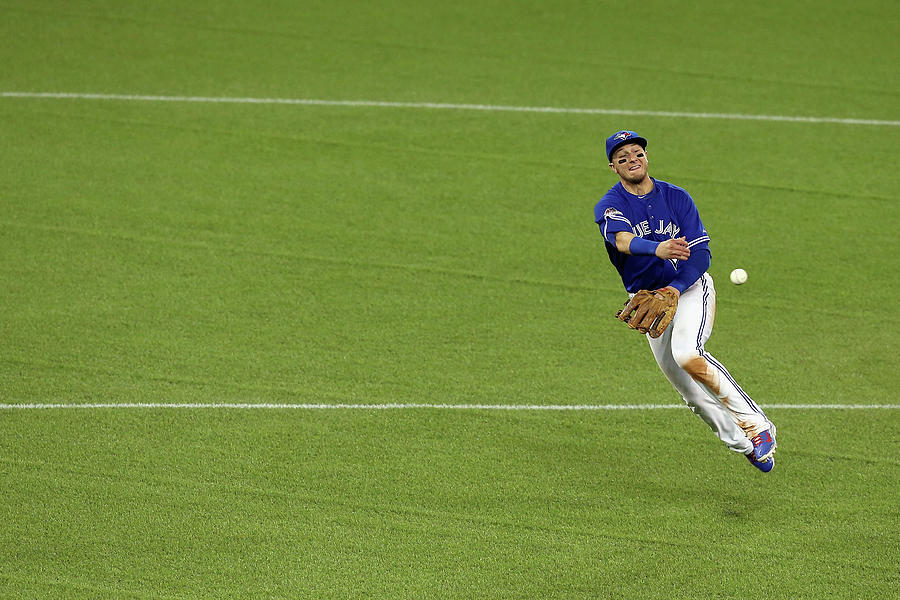 TORONTO, ON - OCTOBER 20: Troy Tulowitzki #2 of the Toronto Blue Jays makes a failed attempt to throw out Ben Zobrist #18 of the Kansas City Royals in the 8th inning during game four of the American League Championship Series at Rogers Centre on October 20, 2015 in Toronto, Canada. (Photo by Vaughn Ridley/Getty Images)