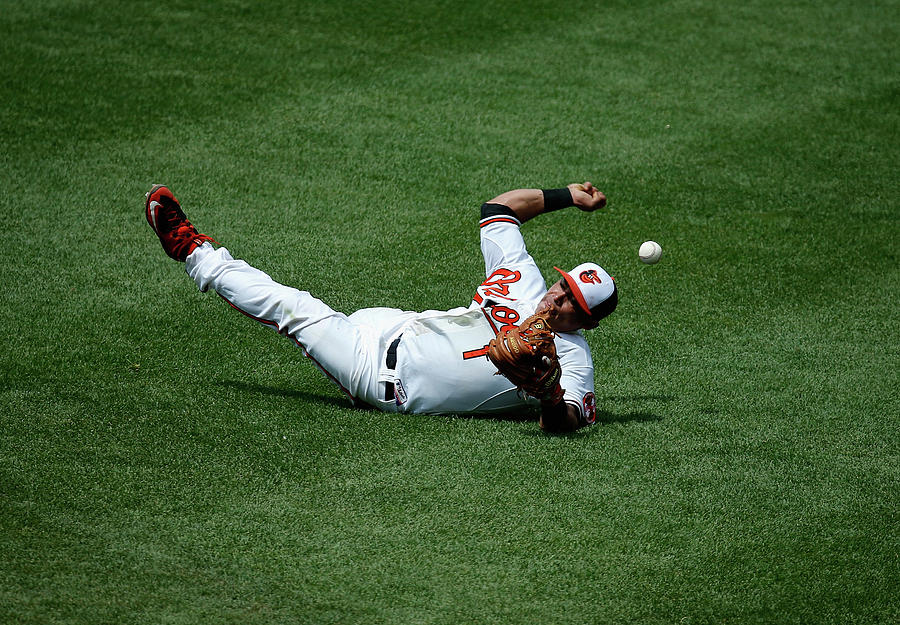 BALTIMORE, MD - MAY 28: Second baseman Everth Cabrera #1 of the Baltimore Orioles knocks tries to throw to first after knocking down an infield hit by Gordon Beckham #15 of the Chicago White Sox (not pictured) in the seventh inning of the White Sox 3-2 win during the first game of a double header at Oriole Park at Camden Yards on May 28, 2015 in Baltimore, Maryland. (Photo by Rob Carr/Getty Images)