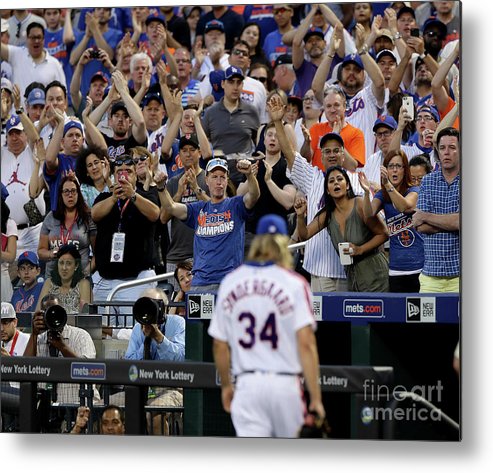 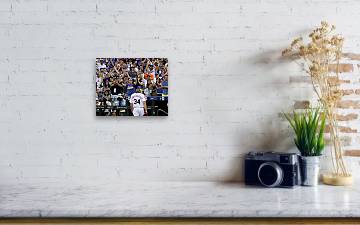 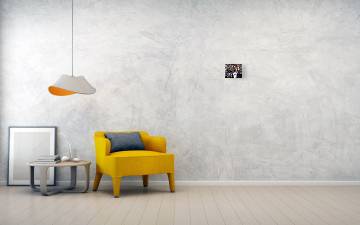 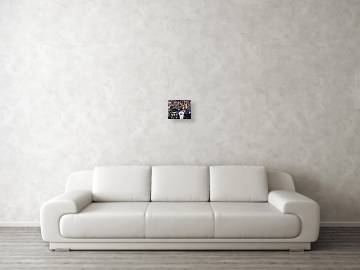 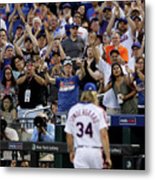 Noah Syndergaard And Chase Utley metal print by Elsa.   Bring your artwork to life with the stylish lines and added depth of a metal print. Your image gets printed directly onto a sheet of 1/16" thick aluminum. The aluminum sheet is offset from the wall by a 3/4" thick wooden frame which is attached to the back. The high gloss of the aluminum sheet complements the rich colors of any image to produce stunning results.

NEW YORK, NY - MAY 28: Fans cheer for Noah Syndergaard #34 of the New York Mets after he was tossed from the game for brushing back Chase Utley #26 of the Los Angeles Dodgers in the third inning at Citi Field on May 28, 2016 in the Flushing neighborhood of the Queens borough of New York City.The New York Mets are honoring the 30th anniversary of the 1986 championship season. (Photo by Elsa/Getty Images)Image provided by Getty Images.