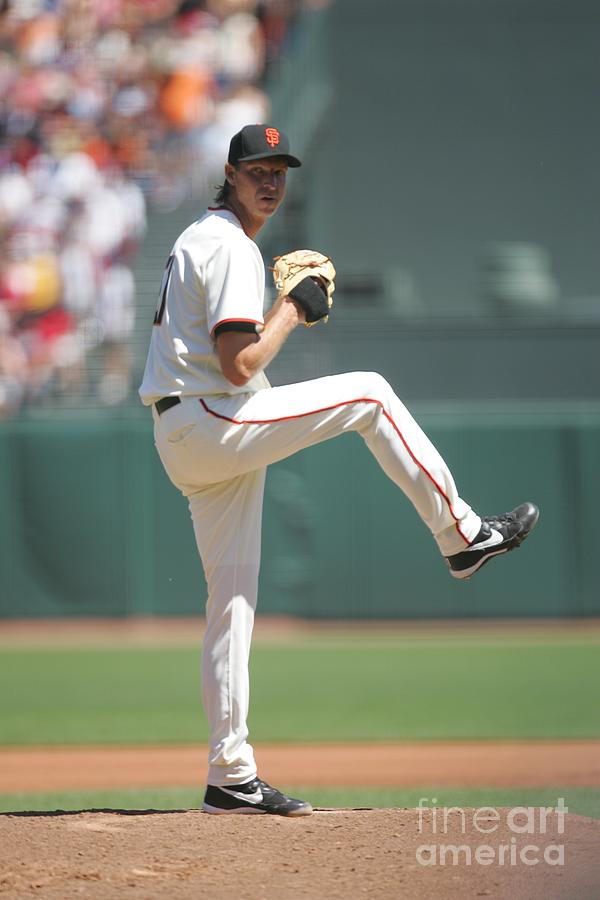 SAN FRANCISCO - APRIL 19: Randy Johnson #51 of the San Francisco Giants pitches during the game against the Arizona Diamondbacks at AT&T Park in San Francisco, California on Sunday, April 19, 2009. The Giants defeated the Diamondbacks 2-0. (Photo by Michael Zagaris/MLB via Getty Images)