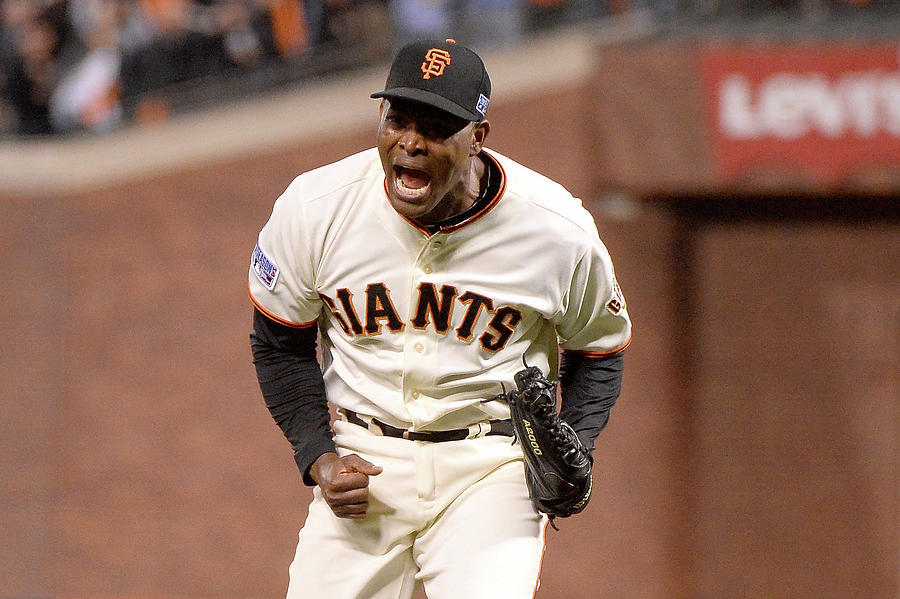 SAN FRANCISCO, CA - OCTOBER 15: Santiago Casilla #46 of the San Francisco Giants reacts after getting the final out in the ninth inning against the St. Louis Cardinals during Game Four of the National League Championship Series at AT&T Park on October 15, 2014 in San Francisco, California. (Photo by Harry How/Getty Images)