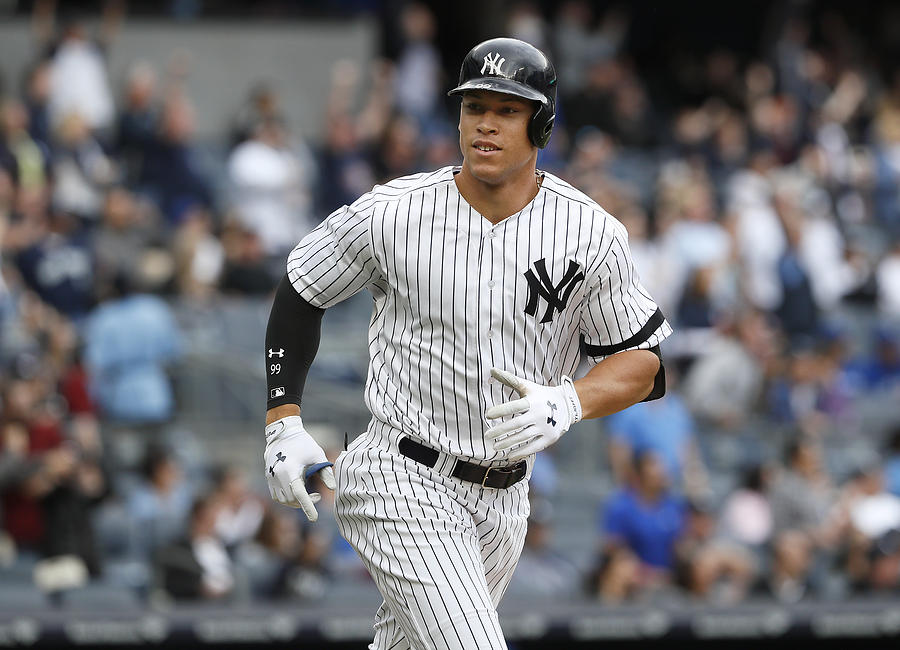 NEW YORK, NY - SEPTEMBER 30: Aaron Judge #99 of the New York Yankees tosses his bat and starts his run around the bases while looking to his dugout after hitting his 52nd home run of the season in the 4th inning of an MLB baseball game against the Toronto Blue Jays on September 30, 2017 at Yankee Stadium in the Bronx borough of New York City. Yankees won 2-1. (Photo by Paul Bereswill/Getty Images)