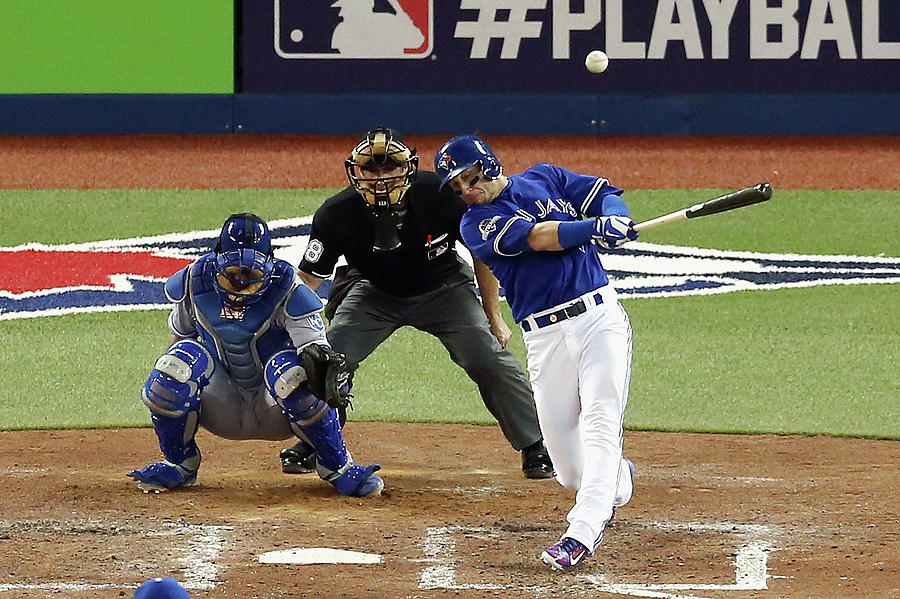 TORONTO, ON - OCTOBER 21: Troy Tulowitzki #2 of the Toronto Blue Jays hits a three-run RBI double in the sixth inning against the Kansas City Royals during game five of the American League Championship Series at Rogers Centre on October 21, 2015 in Toronto, Canada. (Photo by Vaughn Ridley/Getty Images)