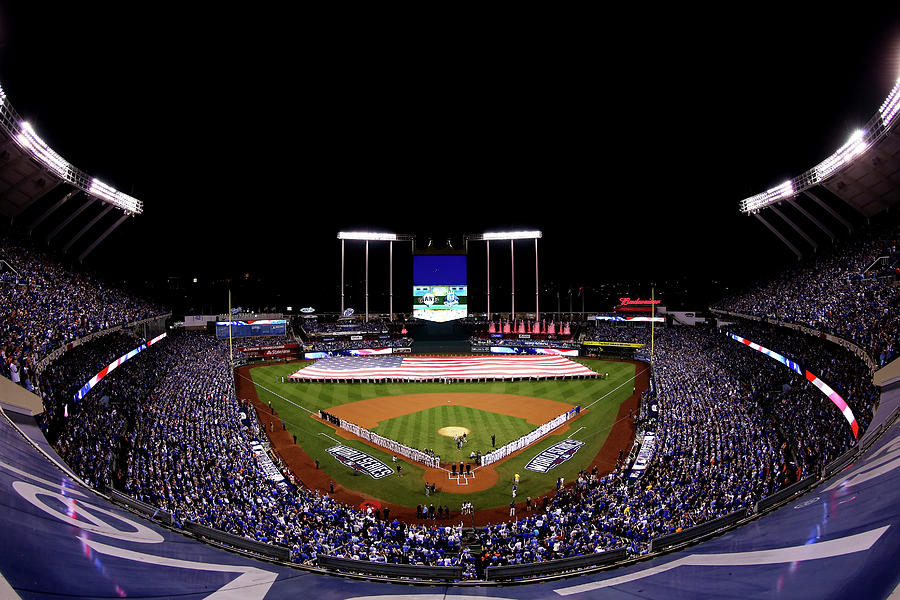 KANSAS CITY, MO - OCTOBER 21: Members of the miltary hold a giant American flag before the start of Game One of the 2014 World Series between the Kansas City Royals and the San Francisco Giants at Kauffman Stadium on October 21, 2014 in Kansas City, Missouri. (Photo by Alex Trautwig/Getty Images)