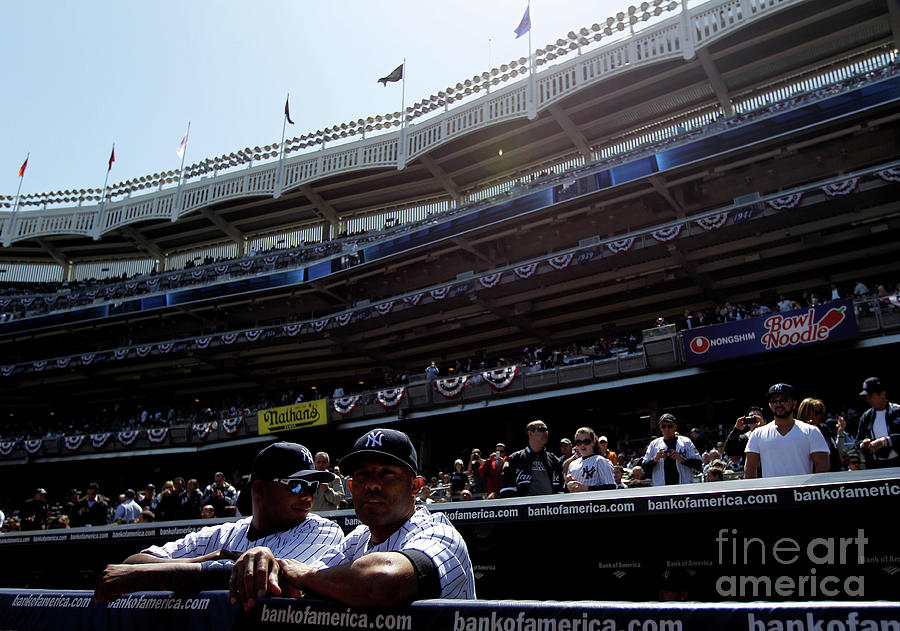 NEW YORK, NY - APRIL 13: Andruw Jones (L) #22 and Mariano Rivera #42 of the New York Yankees looks on from the dugout prior to their game against the Los Angeles Angels during the home opener at Yankee Stadium on April 13, 2012 in the Bronx borough of New York City. (Photo by Nick Laham/Getty Images)